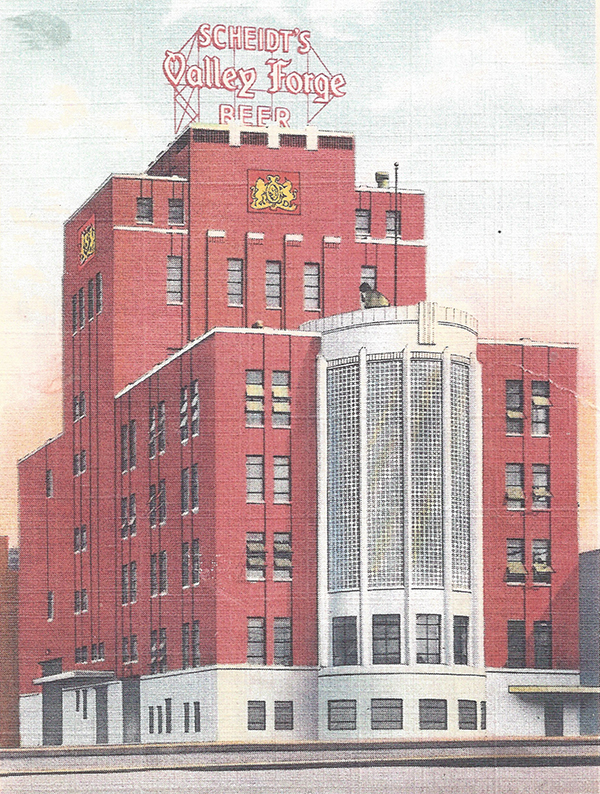 The Adam Scheidt Brewing Company was founded in the late 1870s and was incorporated in 1884. After Prohibition, the brewery thrived, brewing Valley Forge Beer, Ram’s Head Ale, and Prior Beer. The brewery’s name was changed to the Valley Forge Brewing Company in 1963 and, five years later, it was sold to Philadelphia’s largest brewer at the time, C. Schmidt & Sons. It continued to operate as a branch of Schmidt’s until 1975, when the facility was closed. Schmidt’s continued to brew the Valley Forge and Ram’s Head brands until the early 1980s, when Schmidt’s itself finally ceased operations.