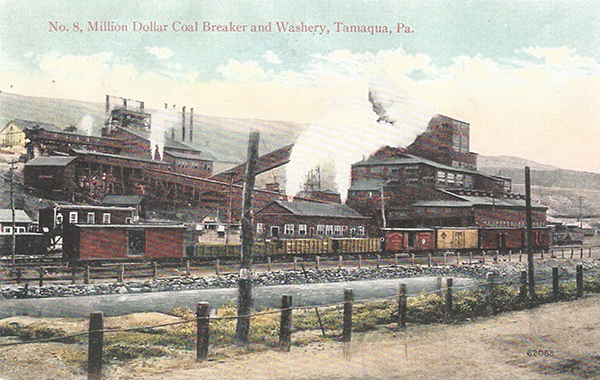 The discovery of coal near the source of the Schuylkill River in this region led to Tamaqua’s rise as a coal producing community. Tamaqua continued to thrive throughout the heyday of coal production in the United States in the later 19th and early 20th centuries. This vital economic activity began declining in the 1950’s as coal mines in the region were closed.