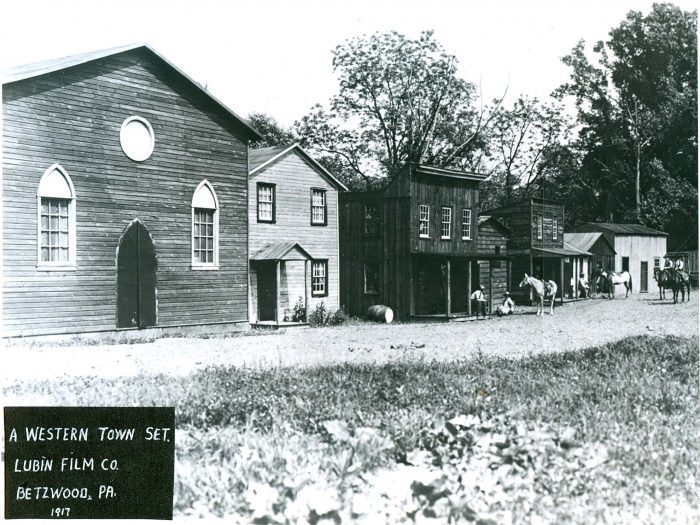 Sigmund Lubin emigrated to the United States in the 1880’s from Berlin, Germany and settled in Philadelphia. Trained in both optics and chemistry, he was fascinated by a demonstration of a Projecting Phantoschope at the Franklin Institute. He was also familiar with Thomas Edison’ Bitaschope. He developed and patented his own projection and motion picture equipment, and by 1897 was producing, in his own words, “moving pictures”.

Lubin became very successful. While he operated a large studio in Philadelphia, he also purchased the former John Betz estate, near Valley Forge. Called Betzwood, this 500 acre studio complex fronted for two miles along the Schuylkill River. It was here that Lubin created an idyllic place for his employees to both live and work.

The popular Tonnerville Trolley series was filmed at the Betzwood Studios and in nearby Schuylkill Township.