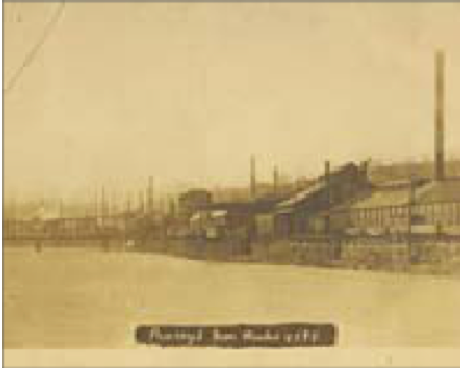 Pencoyd, meaning treetops, is derived from the Welsh language. It was the name given to a large tract of land owned by the Roberts family since 1683. Members of this family founded an iron works on the West Bank of the Schuylkill River in 1853.

The enterprise developed into a large iron company and became famous for building bridges. By 1895 it had acquired 40 acres of riverfront property and 2 miles of rail track.
The Pencoyd Works declined after World War I, and after a brief revival during World War II, it finally closed in 1944. The site was later acquired and became the Connelly Container Corporation. It is now being redeveloped again for residential condominiums.