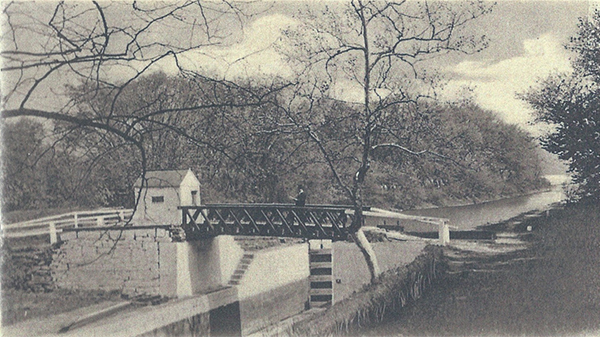 Lock 60, in Mont Clare, was only one of 71 locks in operation along the Schuylkill Navigation System. It was built and expanded in the first half of the 19th century. Lock 60 is at the upper end of a 3 1/2- mile canal historically known as Oakes Reach. It was here that boats entered or exited the canal from the slackwater pool created behind the Black Rock Dam, about 1/4-mile upstream from Lock 60.

The 108-mile-long Schuylkill Navigation System was not a continuous canal, but 23 short canals connected by river passage in slack water dam pools. The navigation system was built to transport people and consumable goods from the inner regions of Pennsylvania to the port of Philadelphia. Once anthracite coal was discovered to be the most efficient form of energy to fire furnaces and operate mills, the navigation system became a critical transportation route fueling our nation’s Industrial Revolution.