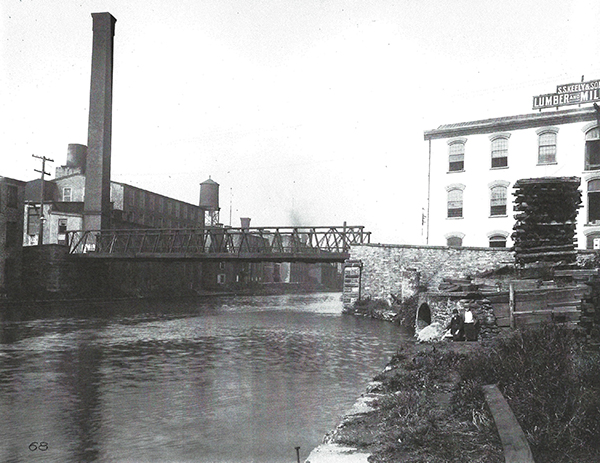 Manayunk is an industrial town located along the Schuylkill River just inside the boundary of the city of Philadelphia. It was a town planned and built in the early 1800s by the Schuylkill Navigation Company to support mostly textile mills and various other enterprises built along the navigation system’s Manayunk Canal. The SS Keely & Sons Lumber & Millworks and the other buildings are perfect examples of the industries that depended upon the Schuylkill Navigation System, not only for transporting goods, but as a source of water to power the mills.