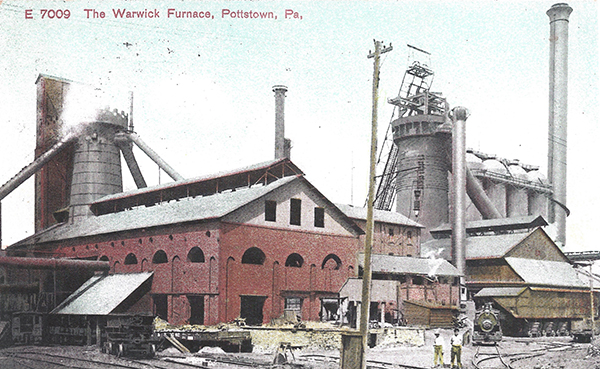 Started on the French Creek in 1737 by Anna Nutt, Warwick Furnace produced cannon and shells for the Continental Army during the Revolutionary War. A charcoal blast Furnace it also manufactured boilerplate iron and the first “Franklin stoves” which were invented by Benjamin Franklin. With the eventual arrival of coal, these stoves and Warwick Furnace were eventually replaced by more modern methods in the mid-1800s. Warwick Furnace ceased operations in 1867.