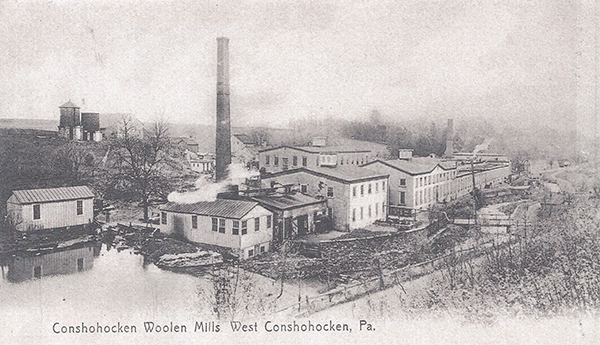 The first woolen mill in Pennsylvania was established in Conshohocken in the early 1800s by Bethel Moore. The wool industry in Conshohocken grew into a variety of successful operations, some of which survived well into the 20th century producing woolen goods, carpets and army uniforms for the Federal government. A variety of other wool manufacturing operations also dotted the landscape of the Schuylkill River Valley during the 19th century.