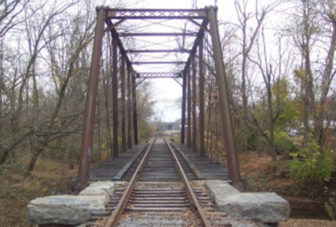 Located in Hardin County, this Phoenix Column Bridge is still in use as a railroad crossing. Eligible for listing on the National Register, it was originally built for the Elizabethtown & Paducah Railroad by the Phoenix Bridge Company. 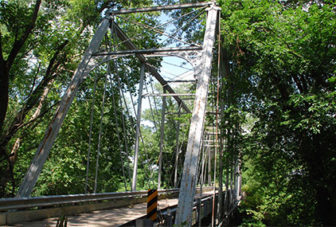 This through truss bridge over the Little Sandy River was built by the Phoenix Iron Company. It was rehabilitated in 1990 and is open to traffic. 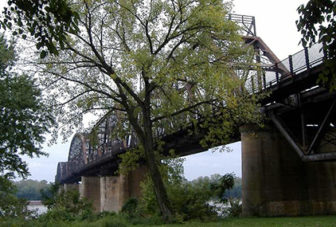 Crossing the Ohio River, this bridge link Louisville, Kentucky to New Albany, Indiana Originally, there was a single track for trains and a passage for animal-powered wagons as well. It was later modified for heavier train traffic and vehicles. The Phoenix Bridge Company supplied the parts for the Kentucky and Indiana Bridge company. 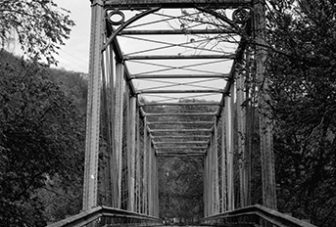 This bridge was constructed by the Louisville Bridge & Iron Company and the Phoenix Iron Company. Phoenix Columns were used for the bridge, which is located in Bell County. It is still in use today. 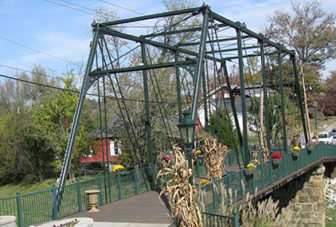 Located in Corbin; it crosses the Lynn Camp Creek. It is listed on the National Register of Historic Places and has been restored. This Phoenix Column Bridge is used by pedestrians and is part of a Corbin city park.