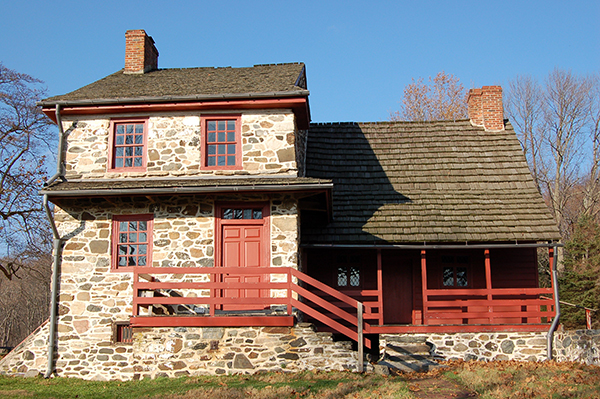 Brandywine Battlefield is where General George Washington’s courageous troops battle the British, in the heat of September, 1777, for control of strategic territory near Philadelphia. It was the largest single day land battle of the American Revolution. Although the Americans were defeated at Brandywine, their courageous stand helped convince France to form an alliance with the rebels – a union which turned the tide in favor of the Americans. It was here that young General Marquis de Lafayette fought his first American battle.

The Brandywine campaign comes alive for today’s visitors as they walk through fascinating exhibits and dioramas in the Visitor Center. Two historic Quaker farmhouses, which housed officers during the battle and served as Washington’s headquarters, stand much as they did in 1777. Guides help visitors appreciate the effects of war on the citizens of the peaceful valley.

Picnic tables are available to visitors on 52 acres of rolling Delaware County countryside. This site is administered by the Brandywine Battlefield Park Commission in cooperation with the Pennsylvania Historical and Museum Commission. For information about visiting hours or special programs call 717 787-1019. Open 9 a.m. – 5 p.m. Tuesday to Saturday and Noon – 5 p.m. on Sunday. Closed on Monday. Closed Monday to Wednesday in December, January and February.